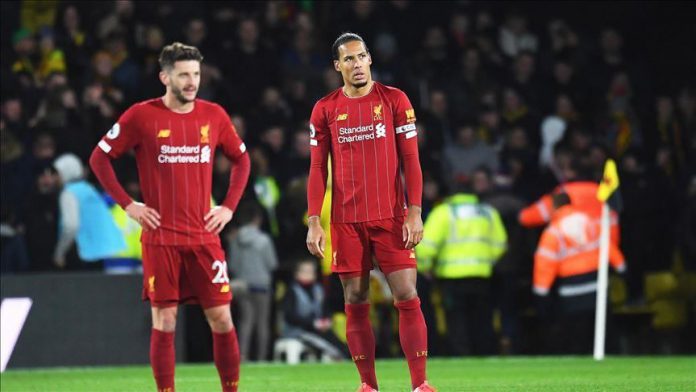 Liverpool’s 44-game unbeaten run in the English Premier League was ended Saturday by Watford at the Vicarage Road.

The teams were unable to break a scoreless deadlock in the first half but in the second half, Senegalese winger Ismaila Sarr was key, scoring two goals against the league leaders.

English forward Troy Deeney was the other goal maker in the 3-0 win.

Liverpool suffered their first Premier League defeat this season and missed a chance to become the second club to end a season without losing a match.