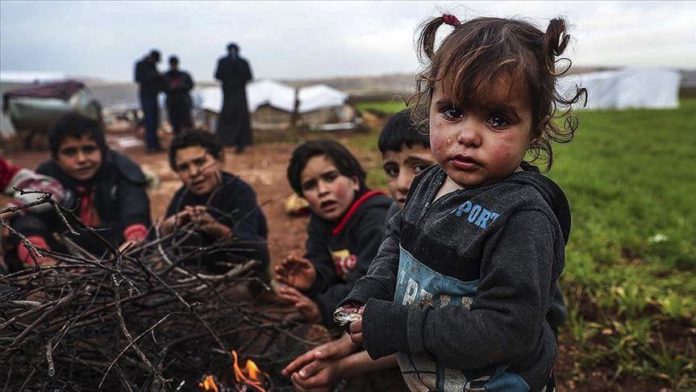 A global human rights watchdog on Tuesday voiced concerns over safety of 29 Rohingya refugees, who have been quarantined at a remote island by Bangladeshi authorities.

“Bangladesh authorities have quarantined 29 Rohingya refugees without adequate access to aid on an unstable silt island in the Bay of Bengal,” Human Rights Watch (HRW) said in a statement on Tuesday.

On May 3, Bangladesh sent the Rohingya refugees to Bhasan Char, a distant island, who had been adrift at sea for over two months after failing to illegally make it to Malaysia due to heavy restrictions imposed in the country amid coronavirus pandemic.

Defending the move, Bangladeshi authorities said the step was essential to prevent the possible spread of the coronavirus at crowded Rohingya refugee camps in Bangladesh’s southern district of Cox’s Bazar, home to some 1.2 million persecuted people fled from Myanmar recent years.

“[…] but sending them to a dangerously flood-prone island without adequate health care is hardly the solution,” said HRW Asia director Brad Adams.

“Any quarantines need to ensure aid agency access and safety from storms, and a prompt return to their families on the mainland,” Adams added.

On April 15, the Bangladesh Coast Guard rescued a boat carrying nearly 400 Rohingya who had been stranded in the sea and as many as 100 died on board in want of food and water. The rescued were kept in quarantine in Cox’s Bazar under the supervision of UN Refugee Agency UNHCR.

HRW said at least two other boats remain stranded at sea with an estimated 700 Rohingya refugees.

“Early in the morning of May 2, at least 50 Rohingya from one of the trawlers were transferred to smaller boats by smugglers after families paid ransom, and landed on the Bangladesh coast,” the statement said.

“Many of them were able to disappear into the camps [in Cox’s Bazar], but the authorities captured 29 [and sent them to Bhasan Char],” it added.

Referring to facilities for Rohingya refugees at Cox’s Bazar that include testing and quarantine centers under UNHCR, the HRW said: “[Bangladesh] failed to provide the refugees with access to UN and other international agencies before sending them to Bhasan Char.”

“Bangladesh should not quarantine refugees at Bhasan Char until they coordinate with the UN and other agencies to ensure that proper medical and food assistance are provided. Once the quarantine period is over, they should immediately be taken back to reunite with their families in the Cox’s Bazar camps,” the watchdog said.

Step taken to save over 1 million Rohingya

Reacting over the statement, Bangladeshi Foreign Minister AK Abdul Momen told Anadolu Agency that amid the prevailing pandemic, Bangladesh must not take any risks for over 1 million Rohingya staying at camps in the name of safety of a few stranded Rohingya.

“Brad Adams can take them to his country, which is a land of immigrants and a land of opportunities,” Momen said, referring to the US.

Addressing Adams he added: “He [Adams] is a powerful man with reasons and let him create public opinion to accommodate these persecuted people in his land [country] that has a population density around 40 [per square kilometer], thirty times less than that of Bangladesh.”

In a previous talk with Anadolu Agency Momen had said “there are eight countries around the Bay of Bengal and the Andaman Sea, and each has an equal obligation [to shelter stranded Rohingya].”

Fair access to vaccine not possible for poor countries