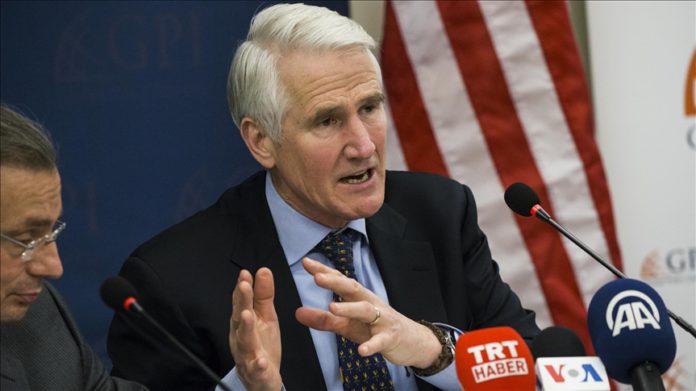 Due to its current domestic issues, the US is focusing on affairs within the country rather than external relations, according to a former Department of State official.

“I think the United States is able to handle domestic and foreign policy issues simultaneously. However, the current domestic unrest has no comparison since the 1960s when the US was confronted with similar problems such as civil rights and voting rights,” retired American Brig. Gen. Mark Kimmitt told Anadolu Agency on the sidelines of the Antalya Diplomacy Forum.

“These domestic issues are consuming a lot of attention in the US,” said Kimmitt, adding that issues resulting from racism, wealth inequality, the COVID-19 pandemic, national debt, and climate change could result in the US being “inwardly focused, but not at the expense of transatlantic ties.”

On the direction of ties with Europe and NATO under President Joe Biden, he said: “It is clear that in the last two weeks of foreign visits, the President and his administration are attempting to repair the transatlantic ties.”

Under former President Donald Trump, the US had questioned NATO’s value and said EU trade policies were unfair against Washington, tensing the country’s ties with both.

Kimmitt, who had served as assistant secretary of state for political-military affairs, said that though a reversal in rhetoric from the US under the new administration was “a good start, it will be important that the US follows through with the necessary diplomacy and actions to turn those words into results.”

The policies of China and Russia towards Europe, meanwhile, differ from those of Washington, he added.

He underlined that the US was willing to “maintain the transatlantic relationship on the basis of mutual interests and trust.”

Kimmitt said the recent meeting between Biden and Turkey’s President Recep Tayyip Erdogan at the NATO summit in Brussels gave hope for a mutual willingness to resolve issues between the two “longstanding” allies.

Noting that US-Turkey ties could be at an all-time low, he listed several outstanding issues between the two nations, such as the S-400 missile defense systems in Turkey, the US’ suspension of Ankara from the F-35 stealth fighter jet program and Washington’s continuing support for the PKK/YPG terror group, which it refers to as the SDF.

“But, this week saw presidents Erdogan and Biden come together and announce a willingness to work together on these issues, and we should all hope there is a movement to resolve these differences between two longstanding NATO allies.”

In 2019, the US suspended Turkey from the F-35 program after objecting to its buying Russian S-400 missile defense, claiming that the Russian system would endanger the fighter jets. Turkey has said repeatedly that there is no conflict between the two and proposed a commission to study this issue. Turkey has also said it fulfilled its obligations on the F-35s and that its suspension was against the rules.

Separately, Ankara has long objected to US support for the YPG/PKK in northern Syria, a group the US claims it is allied with to fight Daesh/ISIS. Turkey has said using one terrorist group to fight another makes no sense.

In its more than 35-year terror campaign against Turkey, the PKK — listed as a terrorist organization by Turkey, the US, and the EU — has been responsible for the deaths of 40,000 people, including women, children, and infants. The YPG is the PKK’s Syrian branch.