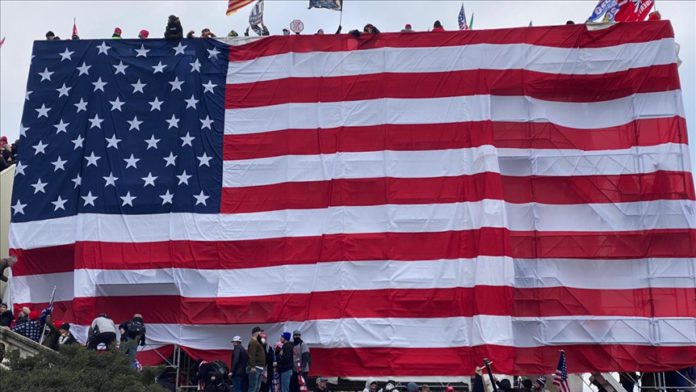 US President Donald Trump’s supporters stormed the Kansas Statehouse and the Georgia Capitol on Wednesday after breaching the Capitol building.

Capitol police took their place in the building and protestors are remaining peaceful at this time, according to the TV channel.

Separately, alleged militia members gathered outside the Georgia Capitol, and State Secretary Brad Raffensperger along with senior staff have been evacuated, according to Washington Post reporter Amy Gardner.

The US Senate recessed an Electoral College debate after angry protestors stormed the Washington, D.C. Capitol building, forcing a lockdown by police.

The incident happened an hour after Vice President Mike Pence announced that he rejected Trump’s demand that he interfere in Congress’s counting of Electoral College votes.

The largely pro forma meeting will eventually declare President-elect Joe Biden the winner of the Nov. 3 presidential contest, although it will be significantly dragged out as some Republicans in the House of Representatives and the Senate have raised objections.

Trump took to his favorite medium to express disappointment with his vice president’s decision, but he later called on protestors to stay peaceful and urged them to “go home now.”