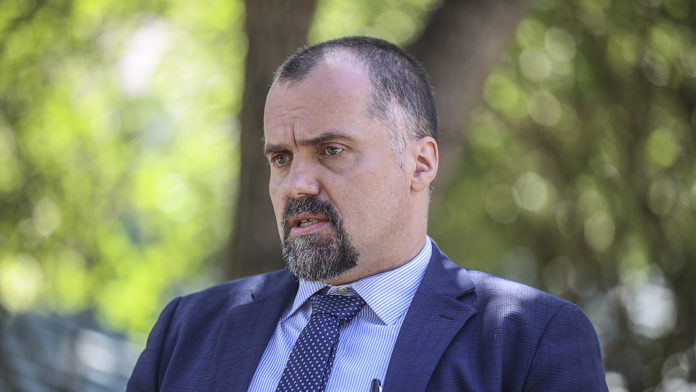 “Poland loyally supports Turkey’s membership to the EU, just as Turkey supported Poland’s NATO membership. We are not afraid of Turkey, it is a great European nation and its place is in the EU,” Jakub Kumoch told Anadolu Agency in an interview before leaving Ankara as his term ends.

Noting that Turkey and Poland with the size of their economies and populations totaling over 120 million, were many times larger than numerous countries, he said: “If Turkey were a member of the EU, it would be one of the biggest powers to decide the future of the union.”

Kumoch said he served as ambassador at a time when Turkey and Poland “understood the importance of each other,” noting that during his tenure, he had planned visits to Ankara by Polish President Andrzej Duda, as well as the foreign minister’s country.

“There will be new visits. President Recep Tayyip Erdogan will visit Poland soon,” he said. “This is very important because we need to see each other as major partners in Europe.”

Bilateral trade between the two countries is “less than it should be,” Kumoch said, adding that they were determined to further develop commercial relations.

On Warsaw’s purchase of Turkish drones in late May, the ambassador said the Polish military had evaluated the aircraft as “necessary, good and technologically advanced.”

He added that cooperation would continue between two nations, not only with purchases of new defense technologies but also with joint development and production.

Kumoch said he studied Turkology at the University of Warsaw. “At that time, I did not know that I would not only work in this field for a large part of my life, but also contribute to the development of Poland-Turkey relations.”

“For a Turkologist, the peak of his career is to be an ambassador in Turkey,” he continued. “So, this is a big honor to me personally.”

He said he plans to leave Turkey after his term as envoy ends, but that his wife, who serves as consul, and their children would continue to stay. Kumoch said: “Diplomats come and go, but the cause remains. Our cause is to raise the relations between Poland and Turkey to a higher level.”