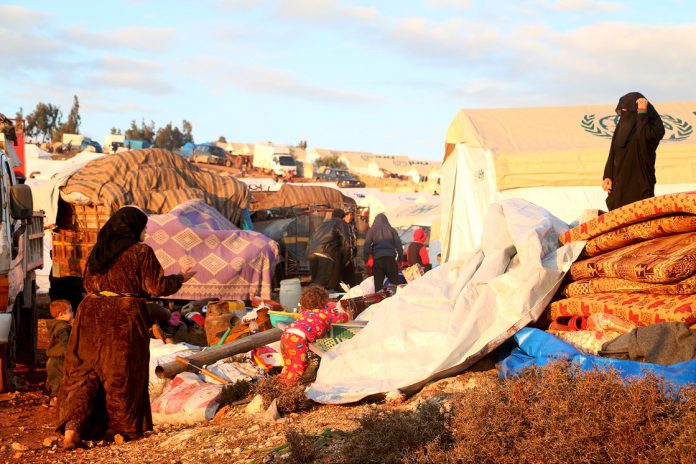 Victim of almost nine-year-old Syrian civil war, Umm Ibrahim is so desperate that she prefers dying, instead of hearing warplane sound.

Ibrahim is a grieving woman who lost her husband and two sons in the attacks of Syrian regime and its supporters in Idlib, northwestern Syria.

The attacks left her homeless, and she took shelter with her two granddaughters in the tents near the Turkey-Syria border.

“Every day eight helicopters, six-nine Russian warplanes and six-seven regime fighter jets were attacking. We fled, what could we do? They hit every part of our house, even with artillery fires,” she