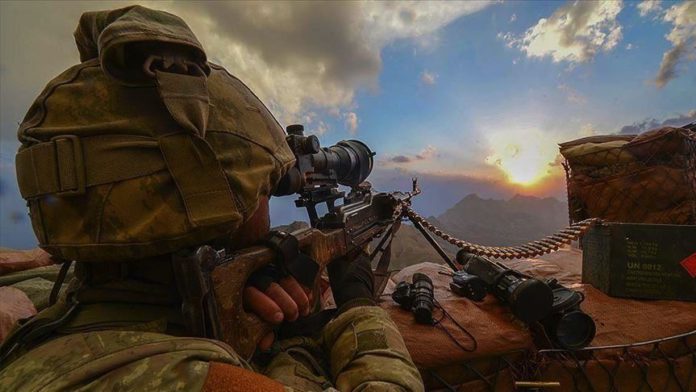 Three terrorists neutralized last month in southern Turkey were on the country’s wanted list, the Interior Ministry said on Monday.

Cihan Erbas, codenamed Huseyin, Serhat Aykul, codenamed Ciger-Amed, and Sefik Korman, codenamed Ali Norsin were in the grey category of the Interior Ministry’s wanted terrorists list and sought with a bounty up to 500,000 Turkish liras ($65,824) on their heads.

The terrorists were neutralized in Hatay on Aug. 22 as part of the Operation Yildirim-5 around Mt. Amanos, the ministry said.

In its more than 30-year terror campaign against Turkey, the PKK – listed as a terrorist organization by Turkey, the US and the EU – has been responsible for the deaths of 40,000 people, including women, children, and infants. The YPG is the PKK’s Syrian offshoot.

China to impose sanctions on US' Lockheed Martin over Taiwan