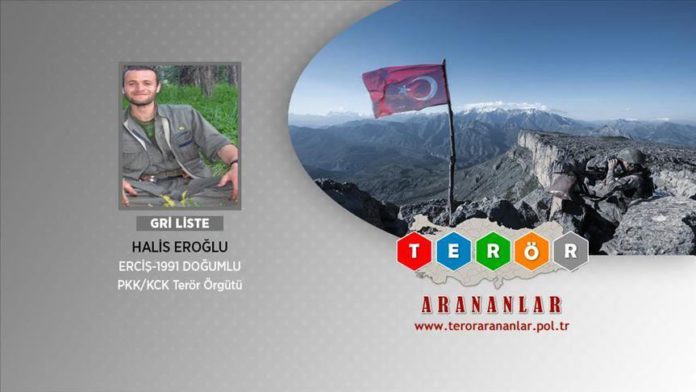 A terrorist wanted by Turkish security forces was neutralized in the eastern Erzurum province, the country’s Interior Ministry announced on Saturday.

Halis Eroglu, codenamed Hejar, was neutralized by provincial gendarmerie forces in an operation in the rural area of Senkaya district, the ministry said in a statement.

It said the terrorist was in the gray category of the Interior Ministry’s wanted list and carried a bounty of 500,000 Turkish liras (nearly $73,000).

An AK-47 rifle, a pistol, and two grenades were also seized in the operation.