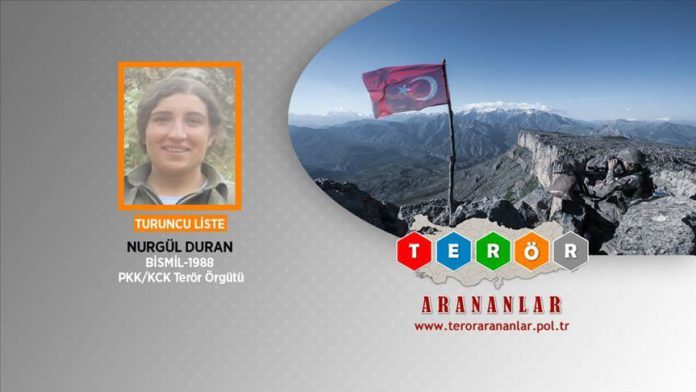 A wanted terrorist neutralized last month in southeastern Turkey was on the country’s wanted list, the Interior Ministry said on Saturday.

Nurgul Duran, codenamed Yildiz, was in the orange category of Interior Ministry’s wanted list, it said in a statement, adding that she was among the eight terrorists who were neutralized in Operation Yildirim-1 in Beytussebap, Sirnak on Sept. 23-24.

The terrorist operated at a senior level in the Sirnak organization of the PKK terror group in the Silopi district in 2015-2016, and coordinated many terrorist incidents and gave instructions, it added.

'Turkey key in Europe’s future as it was in past'