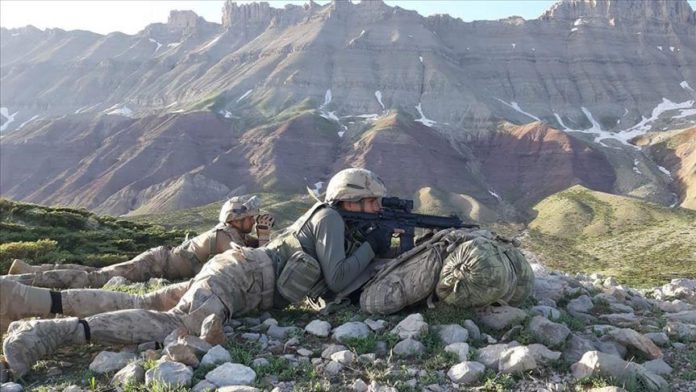 Turkish forces have “neutralized” five terrorists over two days, including two wanted by security forces, in the country’s southeast, the Interior Ministry said on Saturday.

Timur and Ilhan were on the grey category of the Interior Ministry’s wanted terrorists list, with a 500,000 Turkish lira ($73,300) prize on their heads, the ministry said.

During the operations, Turkish gendarmerie seized equipment and documents at the terrorists’ hideout.

The Turkish Interior Ministry’s wanted list is divided into five color-coded categories, with red as the most wanted, followed by blue, green, orange and gray.