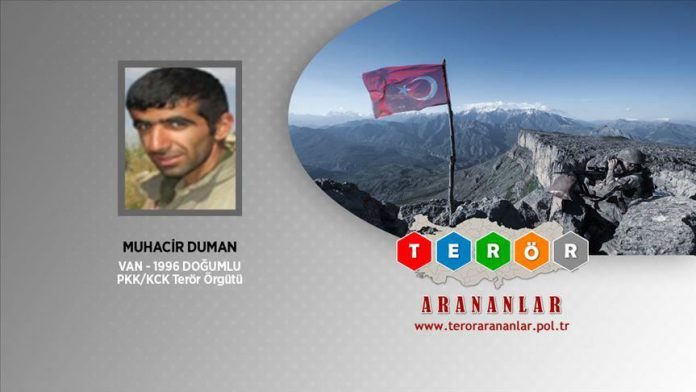 One of two terrorists neutralized in an operation by Turkish security forces in eastern Turkey was on the country’s wanted list, the country’s Interior Ministry announced on Friday.

Muhacir Duman, codenamed Karker, was neutralized in Van province during an operation conducted by the provincial gendarmerie command to uncover the activities of the PKK.

'YPG/PKK took everything from us'