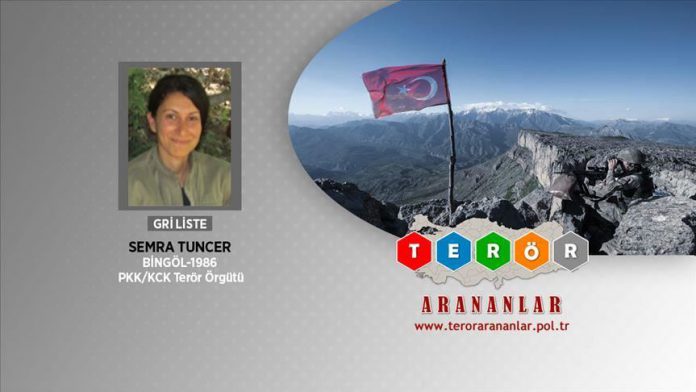 Turkish security forces have arrested a wanted PKK terrorist in an anti-terror operation in the country’s southeast, according to the Turkish Interior Ministry on Tuesday.

The operations took place in Diyarbakir’s Lice district, the ministry said in a statement.

Semra Tuncer, using nom de guerre Nirvana, was a regional operative of the terror group and is in the gray category of the Interior Ministry’s wanted list, the statement said, adding she was sought with 300,000 Turkish liras (around $52,000) bounty on her head.

The list is divided into five color-coded categories, with red as the most wanted, followed by