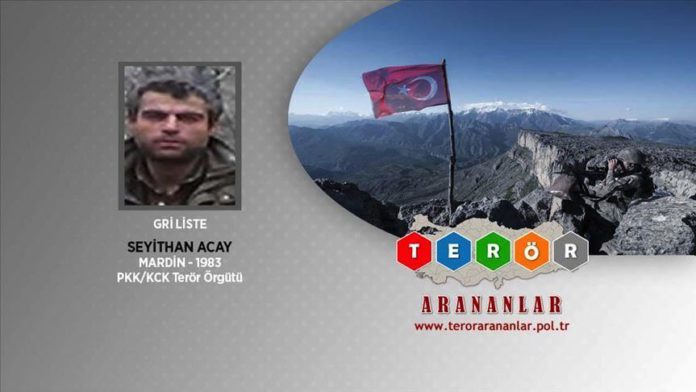 The terrorist Seyithan Acay — codenamed Brusk Israel — was “neutralized” in the eastern Sirnak province on July 30 along with three others.

Acay, who joined the PKK in 2006 and stayed in Israel for five years, was on the gray category of the Interior Ministry’s wanted terrorists list with up to a 500,000 Turkish liras (roughly $ 71,600) bounty on his head.