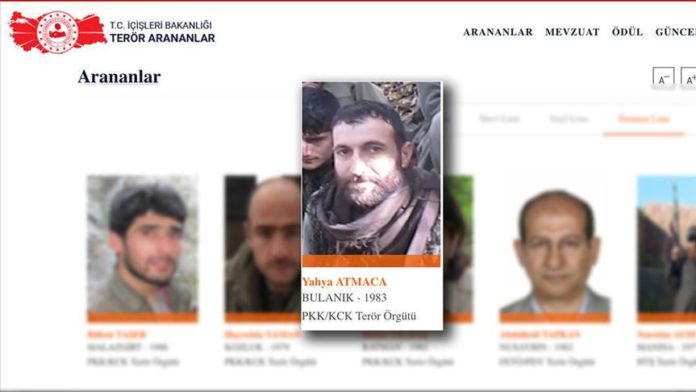 The terrorist, who was neutralized in an operation in the Ovacik district, was on the Interior Ministry’s wanted list and carried a bounty of 1 million Turkish liras (over $146,000).