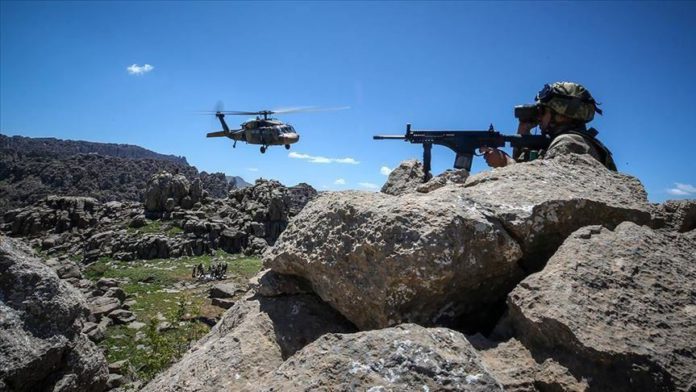 The Interior Ministry said in a written statement that terrorist Musa Bulan — codenamed Avares — was neutralized in the eastern Van province on June 28 along with two others.

Bulan was on the gray category of the Interior Ministry’s wanted terrorists list with up to a 500,000 Turkish liras (nearly $73,000) bounty on his head.

Meyri Kaplan, codenamed Sarya, and Besna Tuman, codenamed Vejin, were the other two PKK terrorists who were also among the perpetrators of a terrorist attack on June 8 which left two people martyred.

April 17, 2020
We use cookies to ensure that we give you the best experience on our website. If you continue to use this site we will assume that you are happy with it.Ok