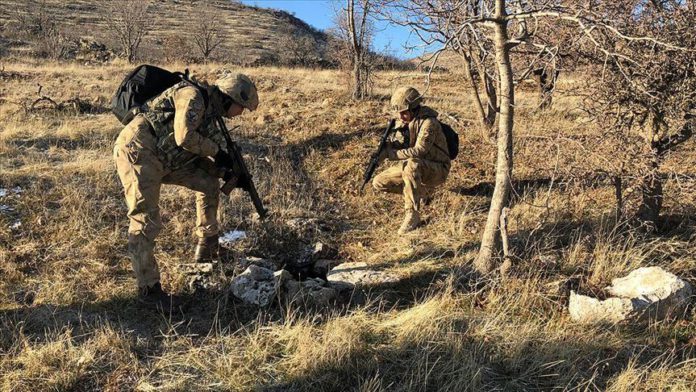 A PKK terrorist “neutralized” in Friday’s domestic anti-terror operation was among those on Turkey’s list of wanted terrorists, the Interior Ministry said on Saturday.

Ferhat Ates was inscribed on the gray category of the list which is divided into five color-coded categories, with red as the most wanted, followed by blue, green, orange, and gray.

On Friday, Turkish security forces neutralized two PKK terrorists in an air-backed operation in the Ovacik district of the eastern Tunceli province.