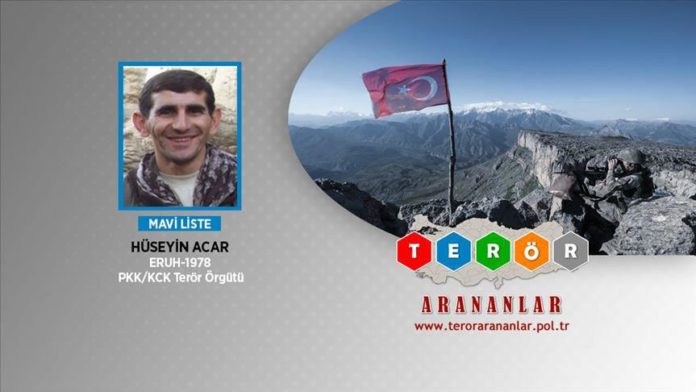 At least four PKK terrorists, including a wanted member of the terror group, were “neutralized” in southern Turkey, the Interior Ministry said Thursday.

As part of Operation Yildirim-5, provincial gendarmerie forces carried out an operation in southern Hatay province, a ministry statement said.

Huseyin Acar, one of the terrorists neutralized in the operation, was a senior member of the PKK terror group and was in the blue category of the Interior Ministry’s wanted list.