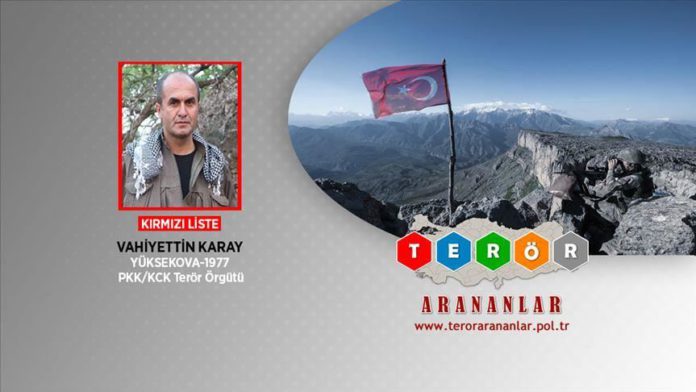 Vahiyettin Karay, codenamed Agit Civyan, was in the red category of Interior Ministry’s wanted list, it said in a statement, adding that the terrorists were neutralized in Operation Yildirim-10 in Catak district of Van province on Sept. 11.

Three Turkish soldiers were also martyred, and three others wounded in the operation.

Being a member of the terror organization for almost 25 years, Karay was responsible for numerous attacks in Turkey.

The ministry’s wanted list is divided into five color codes: red as the most wanted, followed by blue, green, orange, and grey.