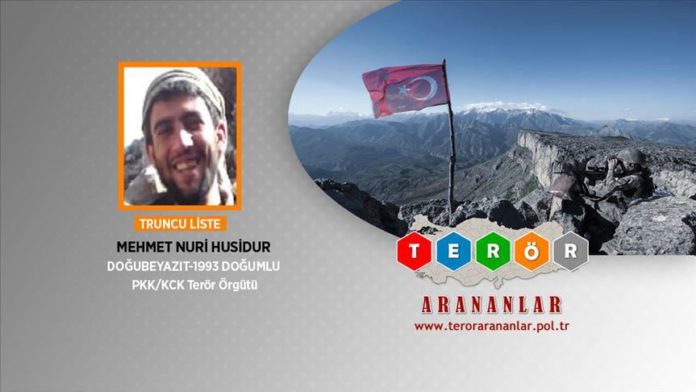 Three PKK terrorists, including a wanted member of the terror group, were neutralized in Turkey’s southeast, the Interior Ministry said Saturday.

As part of Operation Yildirim-13, provincial gendarmerie forces carried out an operation in the Mt. Judi region of Sirnak province, the ministry said in a statement.

One of the three neutralized terrorists was Mehmet Buri Husidur, a senior member of the PKK terror group in the orange category of the Interior Ministry’s wanted list.

As many as 2,500 security personnel are part of the operation that aims to thwart potential attacks this winter, completely eliminate separatist terror groups, and neutralize all terrorists hiding out in the region, according to an Interior Ministry statement on Thursday.

At least 124 terrorists have been neutralized, 53 collaborators captured, 190 caves, hideouts, and storages destroyed, and a large quantity of arms, ammunition, and other supplies seized in Yildirim operations to date, the statement said.