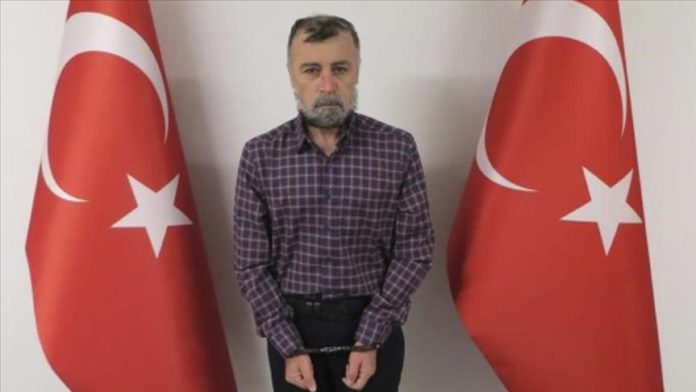 The Turkish National Intelligence Organization (MIT) has brought back to Turkiye a suspect sought with an Interpol red notice in connection with the murder of a Turkish academic and writer.

Necip Hablemitoglu, a Turkish academic and writer known for his research and books on the Fetullah Terrorist Organization (FETO), was assassinated on Dec. 18, 2002. Before his murder, Hablemitoglu was set to publish his book, titled Kostebek (the Mole), which reveals the FETO’s infiltration of the Turkish state institutions.

According to security sources, Nuri Gokhan Bozkir, the suspect brought back from abroad, will be interrogated by the anti-terror department of police in the capital Ankara.

With an arrest warrant issued for him over charges of “being a member of an armed terror group,” and for “murdering by design,” Bozkir fled to Ukraine upon realizing that he would get a prison sentence as part of an investigation into trucks caught on Sept. 8, 2015 in the Akcakale district of southeastern Sanliurfa province.

The trucks were loaded with materials used to make explosives.

While the process of his extradition to Turkiye was still ongoing, Bozkir made unfounded allegations against the country, Turkish state institutions, and senior state officials on news outlets owned by the FETO terror group.

His asylum request was denied by Ukrainian authorities.

FETO and its US-based leader Fetullah Gulen orchestrated the defeated coup on July 15, 2016, which left 251 people killed and nearly 2,200 injured.