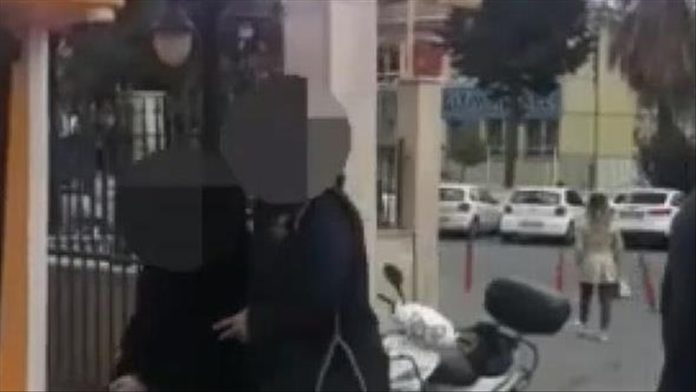 A Daesh/ISIS terrorist wanted in the gray category of Turkey’s color-coded list was arrested while trying to enter the country illegally from Syria, according to security forces on Friday.

The Interior Ministry’s wanted list is divided into five color-coded categories, with red as the most wanted, followed by blue, green, orange, and gray.

The female bomber, identified by the initials, H.T.O., had escaped from the Al-Hasakah camp under the control of the PKK/ PYD/YPG terrorist organization, according to the statement.

H.T.O had joined the organization in 2015 and was trained for suicide bombings.

Turkey hails common political will on relations with UK