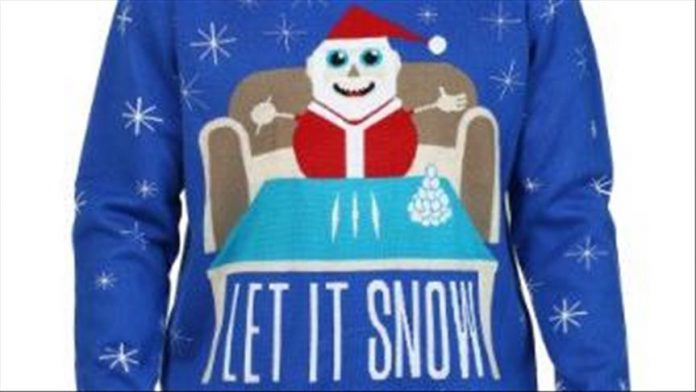 Walmart’s Canadian website has discontinued the sale of a sweater that depicted Christmas figure Santa Claus as a cocaine addict.

Walmart’s announcement on Monday came after the “LET IT SNOW” sweater for men’s that shows Santa Claus with three lines and a heap of cocaine in front of him drew criticism from Twitter users.

In a statement to NBC News, a Walmart spokesperson said the sweaters sold by a third party vendor “do not represent Walmart Canada’s values and have no place