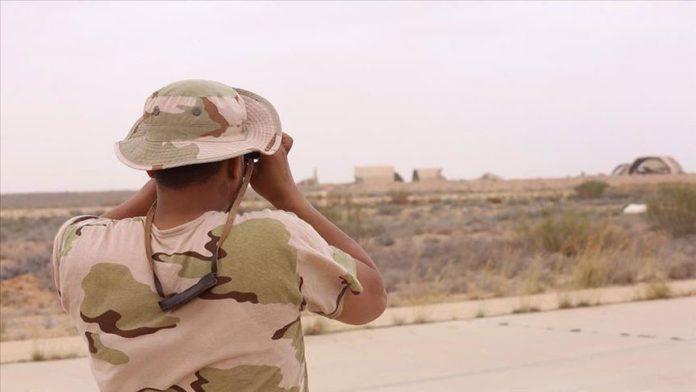 “The Libyan army forces are still stationed in their positions and are closely monitoring all the movements of armed mercenaries inside the city of Sirte,”Abdul-Hadi Daraa, a spokesman for the Sirte al-Jufra Liberation Operations Room of the Libyan Army, told Anadolu Agency.

The spokesman stressed that the agreement reached by the 5+5 Joint Military Commission has not been properly implemented, especially in Sirte, saying that “the Russian Wagner mercenaries and the Sudanese Janjaweed are still digging trenches in Sirte and are stationed in Jufrah and Hun.”

“We are committed to the cease-fire and to any agreement provided it is implemented in the correct manner,” he added.

On Nov. 3, the Libyan joint military commission (5+5) agreed in Ghadames in southwest Libya to set mechanisms to implement a permanent cease-fire reached on Oct. 23.

On Nov. 9, intra-Libyan talks were held in Tunisia under UN sponsorship in which the rival parties agreed on a permanent cease-fire. However, the talks were postponed until next week due to a lack of consensus on who will lead the transition process.

Washington, D.C. riots spread to other US states