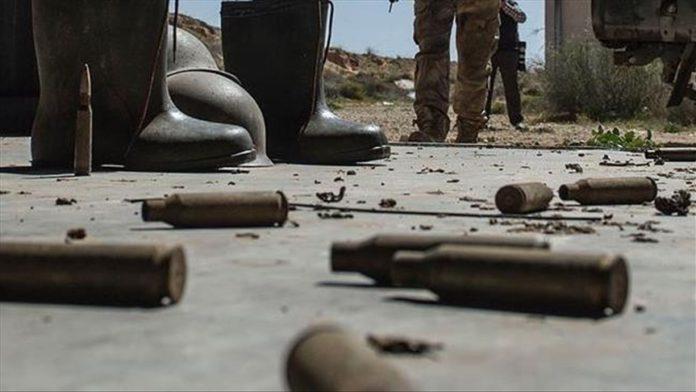 Yevgeny Prigozhin, owner of the Russian private military company Wagner Group, will pay 18 million rubles (US$244,000) each to two Russian citizens who were detained in Libya in 2019 on spying charges and released last week.

According to a statement by Prigozhin’s company Concord, Maxim Shugaley and Samer Hasan Ali Sueyfan were released on Dec. 10 after 18 months in prison and have returned to Russia.

Prigozhin decided to provide 1 million rubles ($13,560) per month or 18 million rubles per person in total for each month of their imprisonment, the statement said.

The Russian government had argued that the two men were academic researchers affiliated with a think tank, but the Libyan government announced that they were intelligence agents who were conducting field research associated with the Wagner Group.

The Libyan security service found a memory stick confirming that Shugaley and Sueyfan were conspiring with Saif al-Islam Gaddafi, the son of Libya’s former leader Muammar Gaddafi, on taking power in the county.