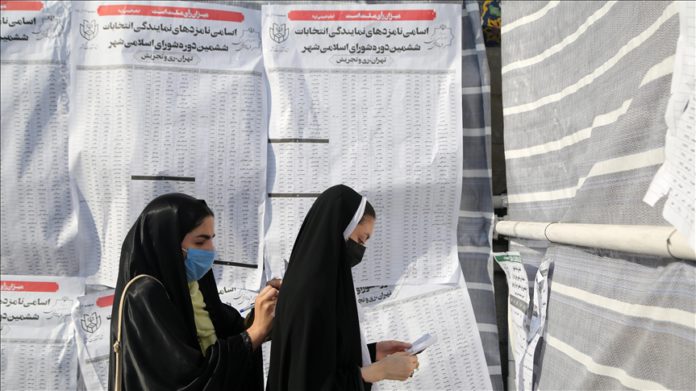 Voting in Iran’s presidential election has been extended by two hours and will continue until 2130GMT, officials said late Friday.

Abbas-Ali Kadkhodai, spokesman for the Guardian Council, the country’s top election body, said in a statement that voting lines will remain open until 2 a.m. Iran time.

“In coordination with the Interior Ministry, as long as voters are present, officials at polling stations are required to facilitate the voting,” he said in a tweet.

Earlier, the voting was expected to end at 1930GMT, or 12 midnight local time.

The first to request the extension was Raeisi, the conservative frontrunner, whose team said there had been a delayed start at some polling stations in the early morning.

Earlier in the day, Ali Nikzad, a senior lawmaker and Raeisi’s campaign head, complained about irregularities in the voting process in the morning, urging authorities to address the issue.

Later, Raeisi’s campaign team issued a statement asking for the voting deadline to be extended to compensate for “voting irregularities” in the morning.

It said the voting had been stopped for two hours in the morning, causing long waits at some polling stations.

Voter turnout had been expectedly low until the evening, with unofficial estimates putting it at 35-40%. The official voter turnout will be announced by election officials on Saturday.

Raeisi, who has been leading in the polls, is most likely to end up with more than 50% of the votes, which would decide the election in the first round, according to observers.

Results are expected by Saturday afternoon, but the incumbent government will continue in office until August.