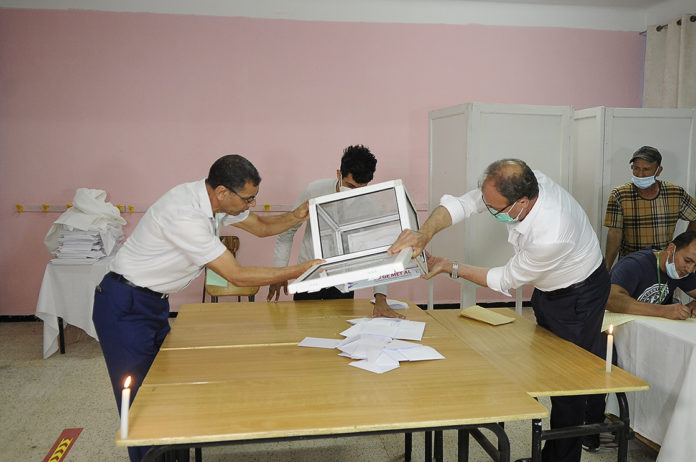 Only 30% of voters turned out in Algeria’s parliamentary elections on Saturday, according to the country’s election commission.

More than 24 million voters were eligible to cast ballot in Saturday’s vote, the first since the departure of longtime President Abdelaziz Bouteflika in April 2019 after mass protests against his 20-year rule.

On Saturday, Algerian President Abdelmadjid Tebboune downplayed the importance of turnout in the polls.

Tebboune also said he respects the decision of those who boycotted the vote “as long as they don’t impose their opinion on other”.

The vote was held amid the boycott of a number of parties, including the Socialist Forces Front, the Rally for Culture and Democracy, and the leftist Workers Party.

The election saw the adoption for the first time of an open list system for selecting candidates under the new election law. The open list system allows voters to arrange the candidates within the same list according to his/her preference. On the contrary, the closed list forced voters to choose the list based on the arrangement set by the party.

In March, Tebboune issued a decree calling for an early parliamentary elections on June 12, less than a month after dissolving the People’s National Assembly, the lower house of parliament.

US stocks open mixed as Fed official says inflation could get...