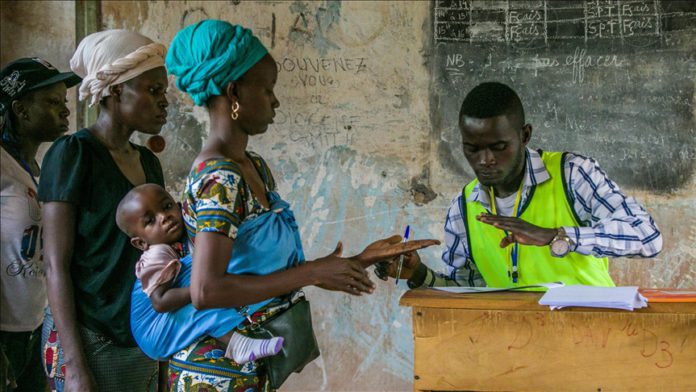 Authorities in the Central African Republic (CAR) must ensure the protection of candidates, voters and electoral materials in the second round of legislative polls and by-elections scheduled for March 14, a UN expert urged on Friday.

“Regardless of political party, all candidates, including independents, should have the protection of the security and defence forces for campaigning, field operations, and polling station representation,” said Yao Agbetse, an expert on the human rights situation in the CAR.

Agbetse urged authorities to ensure that the second round of polls “will be credible, transparent, open and peaceful.”

He also called for all candidates to have equal access to public media.

“I encourage the High Council for Communication to continue its work of monitoring the flow of information on the media and social networks and to ensure that the authors of messages of hatred, manipulation and incitement to violence are identified and brought to justice,” he said.

Agbetse urged the Coalition of Patriots for Change (CPC) and other armed groups to immediately stop what he described as actions aimed at destabilizing the proper conduct of the polls.

At least 100,000 people have been displaced by recent violence. Another 107,000 fled to neighboring Cameroon, Chad and the Democratic Republic of Congo, according to the United Nations High Commissioner for Refugees (UNHCR).

Congolese authorities estimated that 92,000 refugees have arrived from CAR after election-linked violence erupted in December.

The situation in landlocked CAR worsened after the rejection of former President Francois Bozize’s candidacy for the presidential election last December.

Fighting between a coalition of non-state armed groups and government forces continued in the past two months, plunging the country into a new cycle of violence.