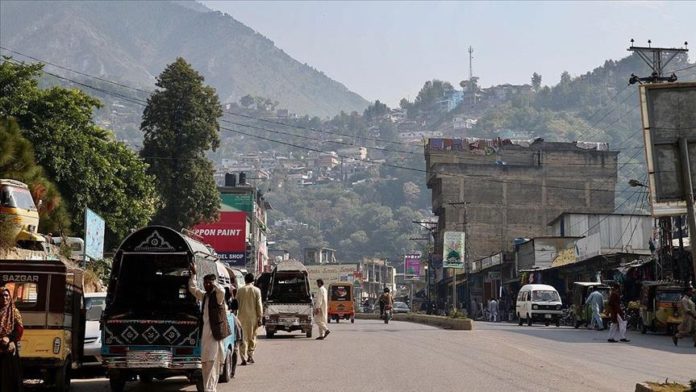 The vote count began in Pakistan-administered Kashmir as polling ended amid clashes and rigging charges on Sunday.

Analysts see no change in the decades-long traditional outcome of polls this time.

Earlier, the army was called in following clashes between rival political activists in several parts of the valley and in Pakistan as voting to elect the new state assembly was suspended at dozens of polling stations for hours.

At least two people were killed and several injured in an armed clash between the activists of PTI and PPP at a polling station in the Kotli district, according to Express News, a local broadcaster.

Those killed are said to be employed by PTI.

Clashes between the rival parties were also reported from several polling stations in the capital Muzaffarabad, Mirpur, Bagh, and Rawlakot districts, suspending voting for hours.

Opposition parties, mainly the PPP and Nawaz, accused the Election Commission and the administration of not taking action against “rigging” in the PTI’s favor.

The PTI denied the charge and accused the opposition parties of attacking its workers and polling agents.

Over 3.2 million voters voted to elect the 53-member AJK assembly for a five-year term.

More than 700 candidates from 32 political and religious parties are contesting for 45 general seats. Out of the eight reserved seats, five are for women and three, one each, for religious scholars, technocrats, and overseas Kashmiris. The members for these seats are nominated after the elections.

Out of 45 general seats, 12 are reserved for Kashmiri refugees who had migrated from Indian-administered Kashmir in 1947 and 1965 and are settled in various parts of Pakistan. Therefore, in the 10 districts of AJK, elections are taking place for 33 seats only.

Out of 700 candidates, only 20 women candidates are contesting general seats.

Following the division of Jammu and Kashmir into Pakistani and Indian-controlled parts in 1947, the AJK was governed under the presidential form of government. In 1975, then-Prime Minister Zulfikar Ali Bhutto introduced the parliamentary system of governance for the region.

This first government headed by Bhutto’s PPP was dismissed in 1977 due to the imposition of martial law in Pakistan by then-Army Chief Gen. Zia-ul-Haq. There were no elections until 1985.

The Muslim-majority Jammu and Kashmir is held by Pakistan and India in parts and claimed both in full. A small sliver of land is also held by China.

Since India revoked autonomy and divided the part that it is holding into two centrally administered territories on Aug. 5, 2019, elections in this part of the region, administered by Pakistan, have attained considerable significance.