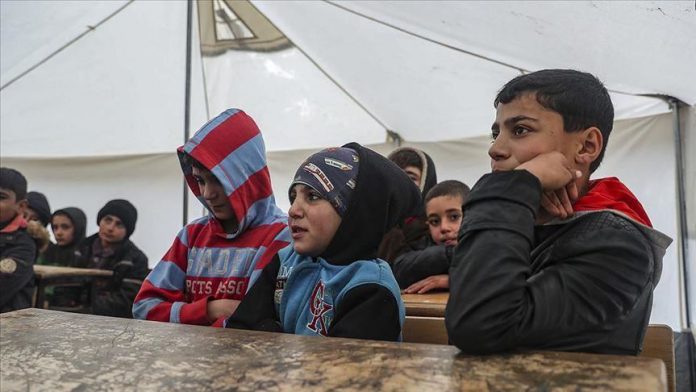 Voluntary teachers who did not want Idlib’s children to stay away from education turned a 12-square-meter tent into a school in the de-escalation zone in Idlib city of northwestern Syria.

Over 20,000 more civilians have fled Idlib city in northwestern Syria, taking shelter near the Turkish border in recent days, according to the head of Syria’s Response Coordination Group.

Bombing by Russian-backed forces of the Bashar Assad regime in Syria has displaced more than 379,000 Syrians since November 2019.

Due to intensified attacks from regime forces, children could not complete their education in Syria.

Despite many problems in