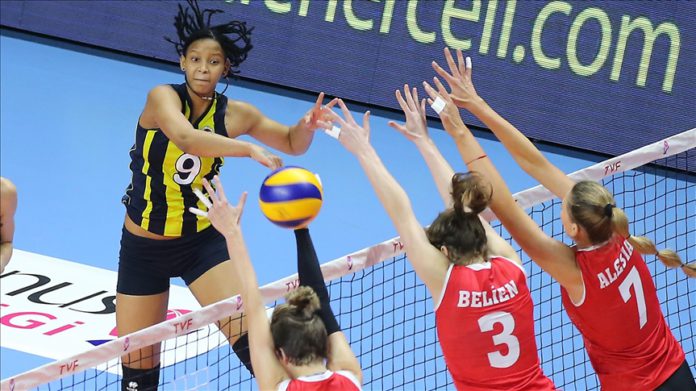 In a statement, Fenerbahce said Melissa Teresa Vargas Abreu, 21, was given her Turkish identity card by Turkish President Recep Tayyip Erdogan after the Turkish Volleyball Federation’s application for Vargas had been confirmed.

Playing in the setter’s diagonal position, Vargas thanked Erdogan and said that she is very happy to be a Turkish citizen and will do her best for the Turkish national volleyball team.

Erdogan said that he always supports volleyball and that the Turkish women’s national volleyball team will be vaccinated against the COVID-19 before this summer’s Tokyo 2020 Olympic Games.

Mehmet Akif Ustundag, the Turkish Volleyball Federation, was unable to join the event in Istanbul as he is in quarantine.

But following the ceremony, Ustundag extended best wishes to the Turkish volleyball as Vargas is one of the key players in the Turkish league.

He also thanked the Turkish president for giving attention to the sport.

A Fenerbahce player since 2018, Vargas played for the Cuban national team in the 2014 FIVB Volleyball Women’s World Championship held in Italy.

ANALYSIS – France in midst of hysteria: From Islamophobia to social...