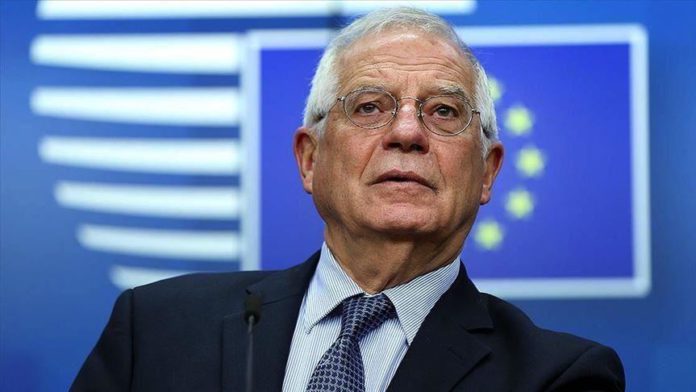 The top diplomats will “discuss the overall relations and in particular the recent developments and tensions in our relations between the EU and Turkey, and between Turkey and individual member states,” Stano explained.

He stressed that “the trip and the exchanges are the expressions of the importance that we are attaching to our relations with Turkey.”

“Turkey is a candidate country to the EU, a NATO ally, and our relations have to reflect all these,” he added.

Borrell was tasked in March to hold talks with his Turkish counterpart in order to find ways to better implement the 2016 Turkey-EU deal to stem the flow of irregular migrants.

The EU’s diplomatic service is currently preparing a report on future prospects for the agreement.

Turkey has complained that while it upheld its end of the deal, the EU has not, specifically complaining of the lagging delivery of €6 billion ($6.5 billion) in promised aid as well as failure to deliver visa liberalization.

Next week, the European Parliament will hold a plenary debate on the bloc’s relationship with Turkey, including Turkey’s territorial and energy exploration rights in the Eastern Mediterranean, and France’s claims that Turkey harassed one of its vessels taking part in a NATO mission, claims denied by Turkey.

365,000 Syrians returned to their homeland: Turkey