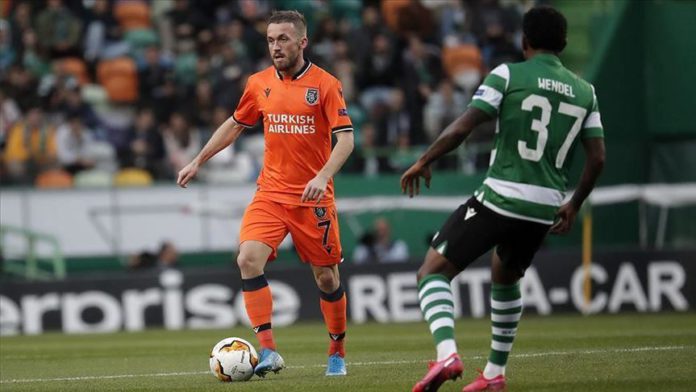 Edin Visca, who joined the team from the Bosnia and Herzegovina team Zeljeznicar in 2011, helped Basaksehir win the league title in his ninth season.

One of the key players in Basaksehir squad, Visca became the highest goal scorer along with Senegalese striker Demba Ba for the Istanbul club this season. Both players scored 12 goals.

Visca not only contributed to his team’s offense but also took a responsibility on the pitch as a captain.

Having played in 265 matches in the Super Lig, he only missed two matches during the last seven seasons.

Visca was shown a red card this season for the first time in his career.

After receiving a second yellow card in week 29 game against Galatasaray, Visca was suspended for the next game over Fraport TAV Antalyaspor where Basaksehir won the match 2-0.

This was the only league game Visca missed this season.

He also played in the second-tier Spor Toto First Lig with Basaksehir in the 2013-2014 season, leading his team to return to the Turkish Super Lig with 10 goals in 34 matches.

Visca also made appearances in 27 matches with Basaksehir in European competitions.

The 30-year-old winger played six games in the Champions League qualifying phase while he made appearances in 21 games in the UEFA Europa League.

He netted 13 goals to become Basaksehir’s top goal scorer in the European competitions.

4th journalist murdered in Mexico in 2022