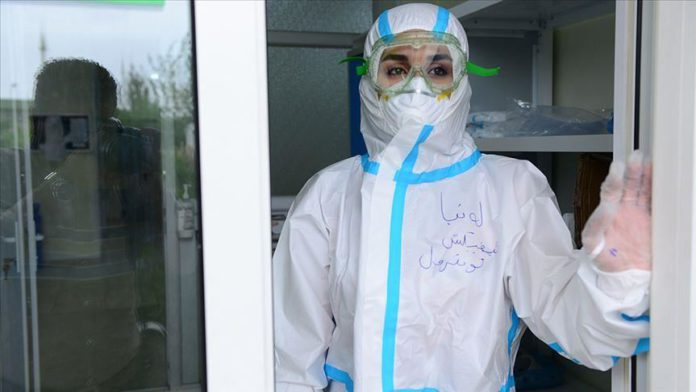 Egyptian officials said 14 people died from the virus, bringing the death toll to 797.

A total of 789 additional cases were detected, bringing that figure to 18,756, while the number of recoveries reached 5,027.

Authorities in Algeria said the death toll rose eight to 617, while the number of infections climbed to 8,637 after 194 new cases, including 163 recoveries, were confirmed.

Iraq recorded six more fatalities, bringing the tally there to 169. Officials said the number of cases reached 4,632 as 216 new cases were reported.

A total of 2,811 people recovered from the virus.

In Jordan, seven more infections were confirmed in the past 24 hours, bringing the tally to 718.

No fatalities were reported, while 459 patients recovered from the virus.

In Libya, two more people were reported to be infected by the virus, bringing the total number to 77.

Three patients died from coronavirus while 48 others recovered.

The pandemic has killed more than 348,000 worldwide, with nearly 5.55 million confirmed cases, while recoveries near 2.3 million, according to figures compiled by the US-based Johns Hopkins University.

Rwanda’s Thanksgiving Day marked in homes due to virus