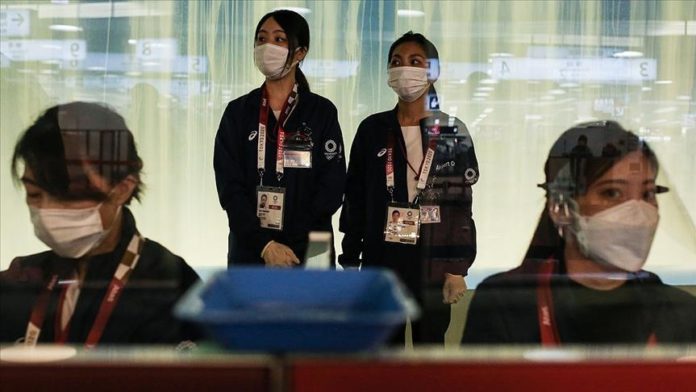 At least 19 more cases of COVID-19 were reported among Tokyo Olympics participants on Friday, according to local media.

Three of the fresh cases are living at the Tokyo Olympics Village, Kyodo News reported.

The Tokyo Olympics organizing committee said it is the highest number of cases since early July.

Of the fresh cases, three are international athletes – two from Czech Republic and one from Netherlands – currently undergoing two weeks period of isolation, while among 16 others with Olympic credentials are three contractors and three media personnel.

Around 106 total cases of the coronavirus were recorded among the Tokyo Olympics participants since July 1. However, it does not include athletes and team officials who tested positive at pre-games training camps, the report said.

The delayed Tokyo Olympics will officially begin today in Tokyo when Japanese Emperor Naruhito throws open the world’s biggest games that were rescheduled from 2020 summer to July 23 this year due to the raging pandemic.

Naruhito said a day earlier that virus prevention at Tokyo Olympics was “far from easy task.”

However, the Tokyo Olympics will be overshadowed by state of emergency in the Japanese capital and adjacent provinces which have seen persistent number of virus cases coming up every day.