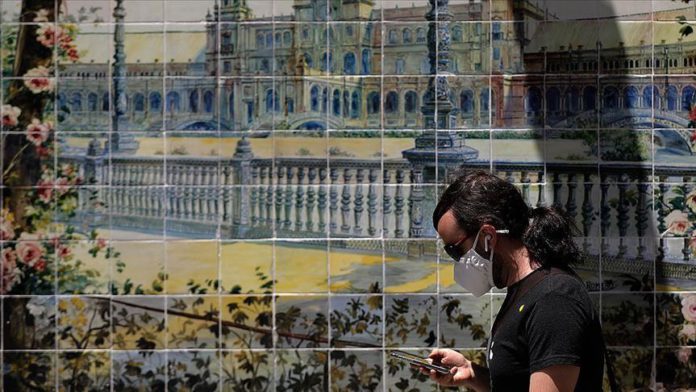 Across Spain, nightclubs, dance halls and cocktail bars will close their doors until a vaccine or effective treatment is discovered, said Health Minister Salvador Illa.

Nightlife and social gatherings have been two of the main drivers of Spain’s summer surge in cases, following relaxed restrictions as it seemed the worst might have passed. Over the last two weeks, nearly 50,000 new infections have been confirmed.

Authorities will also crack down on drinking on the streets.

Smoking will soon be forbidden in all public places in the country, including outdoor terraces, when smokers cannot keep two meters of distance between themselves and others.

Bars and restaurants will also be forced to limit tables to a maximum of 10 people and ensure 1.5 meters of distance between clients. They will no longer be allowed to accept new customers past midnight, and will have to close their doors at 1 a.m.

Nursing homes, which have seen several deadly outbreaks in the last weeks, will also limit visits to one person, test new residents and employees for SARS-CoV-2, and limit outings.

The measures were “unanimously” agreed upon by regional premiers, who will now have to adapt local legislation to meet the minimum measures announced.

Illa said there is no set deadline, but insisted that they will come into effect within the next few days.

The health minister addressed young people specifically, reminding them of the importance of “discipline” and “following the measures, just like older people are already doing.”

Illa strongly recommended limiting all gatherings to a maximum of 10 people and only seeing a regular group of contacts, but following that advice continues to be optional.

451 COVID patients in Indonesia have died in self-isolation: Report