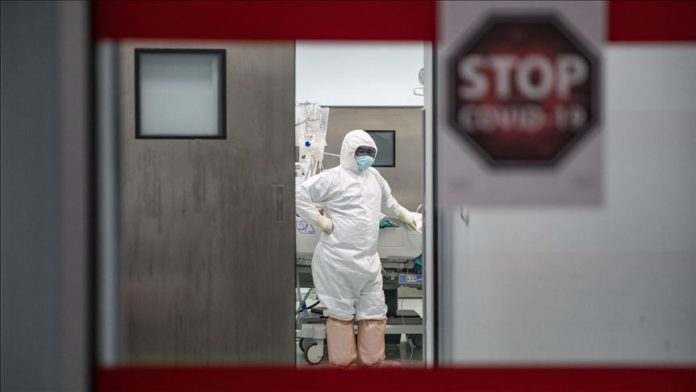 The novel coronavirus outbreak has revealed how weak the immune system of the global order is, Turkey’s presidential spokesperson said Tuesday.

“The global system has been locked for around two to two-and-a-half months. We have seen once again how the global order is disabled with many great weaknesses,” Ibrahim Kalin told a program broadcast on YouTube.

Speaking on the “Re-Thinking, Re-Interpreting” program hosted by Turkey’s state-run cultural institute the Yunus Emre Institute, Kalin said Turkey has managed the process well with contributions from people from all walks of the life and the leadership of President Recep Tayyip Erdogan.

He noted that many countries with larger economies and stronger scientific, industrial and technological infrastructure are facing great difficulties during the pandemic.

Kalin said that during these times, it is especially important to remember the values of a world in which everyone has fair and equal access to its opportunities, richness, science, medicines and technology, which is exactly what [President] Erdogan means when he says “the world is larger than five.”

Turkey has long championed reform in the UN, and particularly the Security Council, stressing that it is not large enough and unrepresentative.

Kalin also underlined that the world is going through a period where humanity and its conscience are being tested.

He said during this period, Turkey has sent medical supplies to many countries, including Palestine, Somalia, Italy, Spain and the US. Some of them purchased it, while Turkey donated it to some countries.

“First, the needs of our own people were met, but then those in absolute need were aided. Because our principle is do not allow humanity to die so people will not die,” Kalin said.

He stressed that materials that are vital and life-saving should be shared, especially in these times.

‘Occidentalism should not be alternative to orientalism’

Kalin said the concepts of Occidentalism and Orientalism are two traps that feed on each other.

Noting that European academicians developed the concept of Orientalism to understand and control eastern societies, Kalin said methodologically, Orientalism preaches to those societies that they do not have their own cultures, languages and historical values.

He said the substitution of those values should absolutely come from the West, according to the concept.

“Occidentalism should not be an alternative to Orientalism,” he said, adding we are faced with a series of other mistakes when we gather the methodological and mental errors of the Orientalists and adapt them to the West.

“Two wrongs do not make a right,” he said, adding that trying to reciprocate exactly what Western societies did to the East for hundreds of years is another mistake.