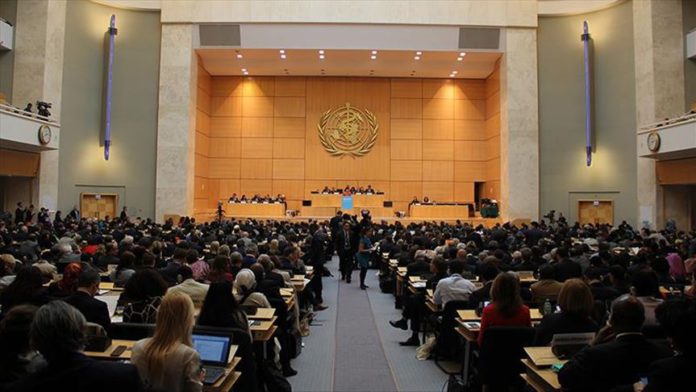 Australia said on Monday that 116 nations in the 194-member World Health Organization (WHO) have supported its motion for “evaluation” of the COVID-19 pandemic, local media reported.

“Initiate, at the earliest appropriate moment, and in consultation with Member States, stepwise process of impartial, independent and comprehensive evaluation, including using existing mechanisms, as appropriate, to review experience gained and lessons learned from the WHO-coordinated international health response to COVID-19,” said the motion submitted to the 73rd World Health Assembly (WHA).

The WHA is the decision-making body of WHO which determines the policies of the organization, appoints the director-general, supervises financial policies, and reviews and approves the proposed program budget. It is held annually in Geneva, Switzerland but this year’s event is being held through video link due to the virus pandemic.

The US and Australia have been pushing for a global probe into the origins of the virus, which has killed more than 315,000 people across the globe.

Earlier this month, the WHO said a wet market in Wuhan, China, the initial epicenter of the virus, could be the source of the outbreak.

The motion, however, neither names China, nor does it seek any investigation other than that by the WHO.

The matter of the virus’ origins has become a matter of contention between Washington and Beijing, with US officials citing unfounded theories in what critics call a racist and cynical ploy to blame China for the pandemic.

The motion is supported by 116 countries, and will be taken up at the assembly Monday night, according to the Sydney Morning Herald. Russia, India, Japan, the UK, Canada, Brazil, and all 27 EU members are among the backers.

“The seven-page [COVID-19 motion] document does look a little different to what [Australian] Prime Minister Scott Morrison and his colleagues started discussing weeks ago: there is no mention of China in the motion, and the need for the investigation to be conducted outside of the World Health Organization has been sidelined,” the report said.

“We look forward to seeing hopefully a positive outcome,” she told a news conference.

The motion also seeks to review “effectiveness of the mechanisms at WHO’s disposal.” Two-thirds of WHO members have to vote in favor of the motion for it to be passed.

Belarus to be 1st foreign recipient of Russian vaccine