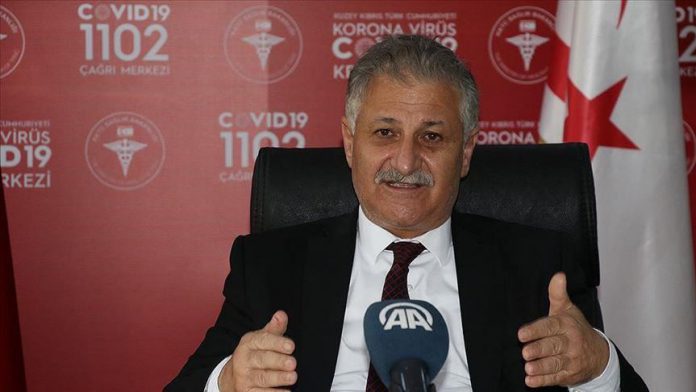 Although no new cases have been reported over the last 10 days, Northern Cyprus has not yet contained the novel coronavirus, according to the health minister.

“There have been no positive cases in the Turkish Republic of Northern Cyprus [TRNC] for the past 10 days,” the country’s Health Minister Ali Pilli told Anadolu Agency, adding that this does not mean that the virus has been contained in the country.

“We will assume this as long as we have [the virus], even if there is only one case around the whole world,” Pilli added.

The TRNC confirmed its first case on March 10, while a total of four people, including two German citizens, have died due to the coronavirus.

Pilli said heavy measures have been taken since the beginning of the outbreak in China at the end of 2019.

The country’s infectious diseases committee convened in January, and thermal cameras were placed at the country’s Ercan Airport and seaports.

As part of a March 14 Cabinet decision, a total of 3,084 people were taken under home quarantine, including people coming from abroad, Pilli said.

A total of 2,634 people were quarantined at hotels and student dormitories as part of the decision, he added.

Some 9,462 coronavirus tests have been conducted in Northern Cyprus to date, with 108 cases.

A total of 99 people have recovered from the virus while five people currently are treated in the country, Pilli added.

Referring to Turkey’s support in fighting the pandemic, Pilli said: “Motherland, Turkey, as in all matters, is on our side in the struggle against COVID-19.”

“I would like to extend my endless thanks to [Turkish] President Recep Tayyip Erdogan and Health Minister Fahrettin Koca,” he added.

Turkey has so far delivered aid to at least 57 countries around the globe to help fight against the coronavirus outbreak.

After first appearing in Wuhan, China in December, the novel coronavirus known as COVID-19 has spread to at least 185 countries and regions.