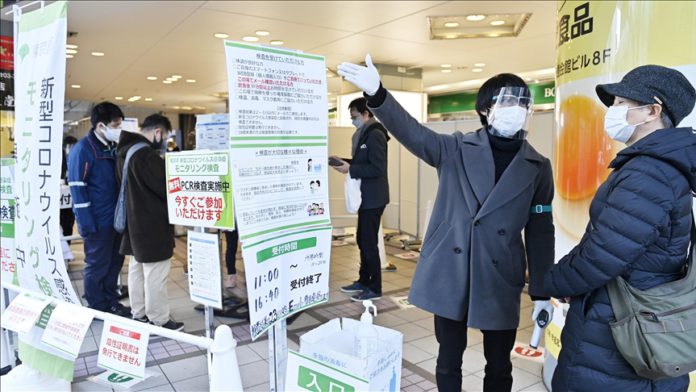 An unprecedented rise in COVID-19 cases has forced Japan’s government to expand the quasi-state of emergency to 18 more provinces.

Effective from Thursday, stricter restrictions will be imposed in 34 of Japan’s 47 provinces at least until Feb. 20, Kyodo News reported on Tuesday.

The decision came after Japan reported a record 62,610 new virus cases, its biggest single-day spike since the pandemic began in December 2019.

New cases in the capital Tokyo, which has been hit hardest in the new wave driven by the highly transmissible omicron variant, surged to a record high of 12,813.

Japan first imposed a quasi-state of emergency in three provinces and Tokyo early this month, which was then expanded to 12 more provinces.

The measure empowers local governments to take steps such as restricting office timings to avoid rush hours and asking restaurants and bars to shorten business hours and stop or limit the serving of alcohol, the report said.​​​​​​​