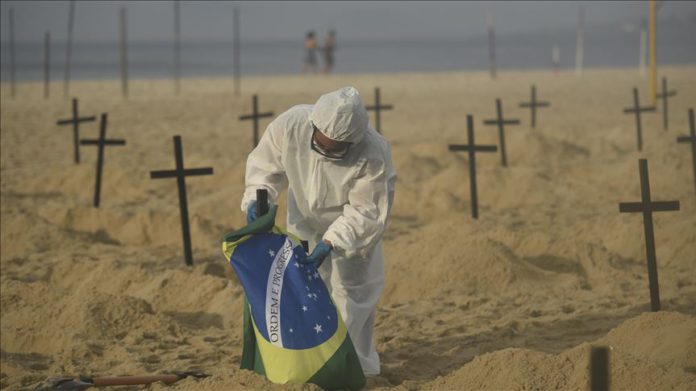 Hundreds more coronavirus fatalities were reported in Brazil and Mexico on Wednesday.

The death toll in Brazil increased by 1,367 to reach 81,487, according to the Health Ministry.

With over 420,000 cases, Brazil’s most populous city, Sao Paulo, remains the hardest-hit area of the country.

Brazil, the world’s second worst-hit country in the pandemic, is regarded as the epicenter of the outbreak in Latin America.

Over in Mexico, 915 more fatalities raised the death toll to 40,400, the Health Ministry’s data showed.

As many as 227,165 patients have recovered in the country so far, according to the ministry.

Across the world, COVID-19 has claimed over 616,500 lives in 188 countries and regions since emerging in China last December.

Nearly 15 million cases have been reported worldwide, with the US, Brazil, India, and Russia currently the worst-hit countries, according to figures compiled by the US’ Johns Hopkins University.

The data shows more than half of all patients worldwide – over 8.46 million – have recovered so far.

July 25, 2020
We use cookies to ensure that we give you the best experience on our website. If you continue to use this site we will assume that you are happy with it.Ok