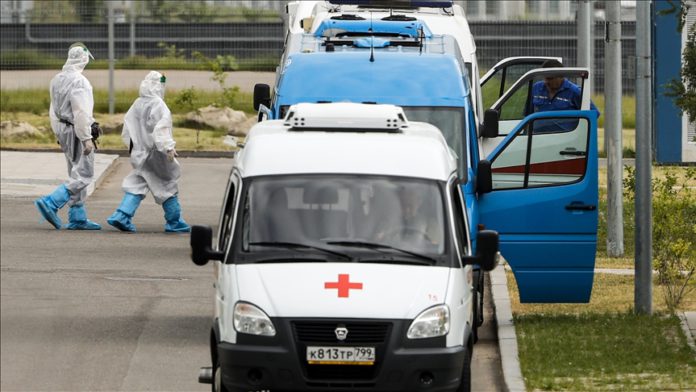 As the coronavirus Delta variant spreads rapidly through Russia, the daily death toll remained at a record high for the fourth consecutive day on Friday.

A total of 799 more fatalities pushed the nationwide death toll to 146,868, while the number of infections swelled by 25,704 to cross 5.9 million, including 460,223 active cases, according to a daily report by the coronavirus emergency task force.

Russian authorities have said the surge in infections is because of the spread of the highly transmissible Delta variant and they expect the morbidity rate to remain high for at least four to six weeks.

Success of efforts to curb soaring virus cases and fatalities depends on the public’s compliance with safety and sanitary rules, as well as progress of the ongoing vaccination drive, according to officials.

In June, officials in several Russian regions, including the capital Moscow and its surrounding Moscow Oblast region, ordered mandatory vaccination for several groups of workers, introducing penalties for non-compliance.

Additional measures were announced in Moscow, including restrictions on eateries and entertainment and sports venues.

More measures were introduced in the capital in July to stem the rise in infections, including mandatory isolation and PCR tests for people suffering from flu-like illnesses.

Authorities are also boosting capacity for COVID-19 patients to prevent a potential crisis in the healthcare system, but insist a lockdown will be a last resort that will only be imposed if all other efforts fail.