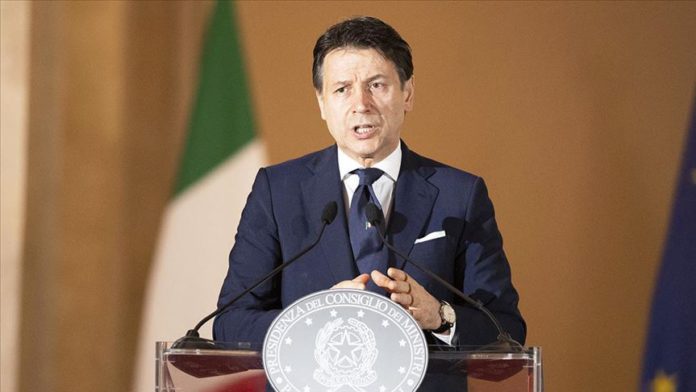 Italian Prime Minister Giuseppe Conte said on Wednesday that the emergency caused by the coronavirus pandemic can be an opportunity to reshape the country and address its long-standing problems.

In a televised news conference, Conte said that data collected over the past month – since Italy started lifting its lockdown restrictions – are “encouraging,” adding the strategy adopted to contain the contagion is bearing its fruits.

“We deserve to smile again after weeks of tough sacrifices,” Conte said, as inter-regional travel and international tourism resumed on Wednesday.

“This crisis should now be used to redraw the map of the country,” the premier added, outlining a program of structural reforms that Italy will need to pursue in the longer term.

Conte said the government will act in concert with the unions and the opposition to take the necessary steps to restart the Italian economy, severely hit by the pandemic and a two-month lockdown.

The premier also spoke about on how to use the economic aid coming from the European Union through its Recovery Fund and other financial schemes.

Conte said the government would invest on education and on providing broadband Internet access to the entire country. He also stressed the need to reform an “unfair and ineffective” tax system.

Italy has been one of the countries worst-hit by the pandemic that has already claimed more than 33,500 lives in the country.

However, the encouraging trend in the rate of deaths and new infections persuaded the government to allow Italians and foreigners to move freely for their summer vacations, overcoming the resistance of the less-hit regions, worried by the risks of a new wave of contagions.

Conte on Wednesday reminded Italian citizens that the only way to avoid a rebound in infections is to continue to apply the basic rules of social distancing and the use of protective masks.

“Abandoning these precautions would be a serious thoughtlessness,” he said.

Russia to deploy 12 military units in country's west in response...