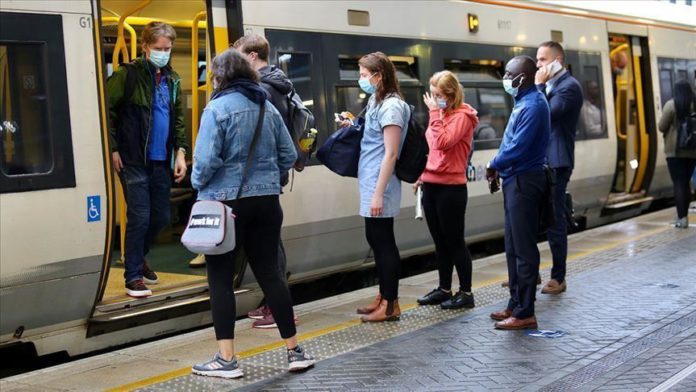 British lawmakers have been informed in a meeting that the number of people suffering from the novel coronavirus in intensive care units in the north of England will exceed the number at the peak of the pandemic in April, if current trends continue.

The MPs were shown data from Public Health England that indicated that bars, pubs, and restaurants were responsible for 41% of linked cases of coronavirus among under-30s.

They were also told that in 22 days’ time, there would be 304 people in ICUs across the north of England, which is higher than the previous peak in April.

The briefing is expected to pave the way for further coronavirus restrictions across the north of England in the very near future.

First Minister Nicola Sturgeon banned public indoor drinking across the country – but cafes that did not sell alcohol could stay open until 6:00 p.m. local time (1700GMT).

Another exemption was later brought in for “licensed cafes,” so long as they do not sell alcohol as well.

Licensed premises in the UK are those that are allowed to sell alcohol.

But the exemption for “licensed cafes” then brought about a debate over how to define a cafe.

The Scottish government wavered and then said health officials in local authorities would define and enforce the rules, further compounding the confusion.

James Withers, chief executive of Scotland Food and Drink, told The Guardian the situation was “dysfunctional,” and that the industry could have helped the government if they were involved in the decision-making process.

The Guardian also quoted the Scottish Licensed Trade Association as saying that “there is no such thing as a licensed café” and as such there is no legal definition of a cafe as opposed to a restaurant.

Zeitgeist in Europe: Rise of far-right and racism continues