TurkishPress
Home News Virus cases in Jammu and Kashmir near 3,200 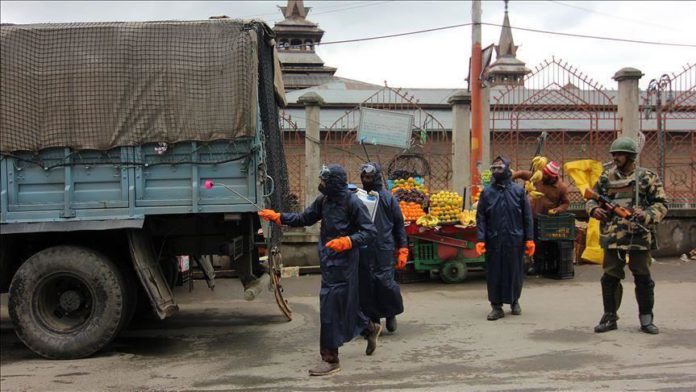 One more death and over 30 new coronavirus cases were reported in Indian-administered Jammu and Kashmir on Friday morning.

Officials said 32 test results had returned positive early in the morning, raising the total number of cases in the region to 3,172.

The number includes around 120 pregnant women, which has become a source of concern for residents of the Himalayan region.

The death toll moved to 36, while recoveries remained at the Thursday evening mark of 1,048.

All these numbers are likely to rise when a complete 24-hour update will be released on Friday evening.