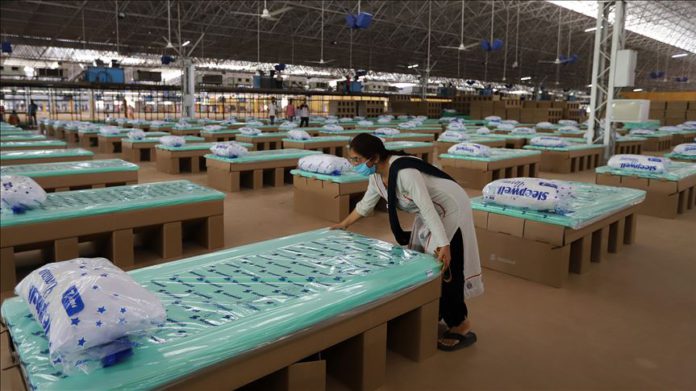 With 18,552 coronavirus cases in the past 24 hours, India’s nationwide tally on Saturday crossed the 0.5 million mark, the biggest surge so far, the Health Ministry said.

On Friday, Delhi recorded 3,390 cases in the biggest single-day spike, taking lead over the worst-hit financial capital Mumbai. The case-count in the capital has hit 73,780, with 2,492 fatalities.

Delhi Chief Minister Arvind Kejriwal tweeted that testing capacity in the capital was increased four-fold to conduct 21,144 tests on Friday.

Malls in and around Delhi are expected to open next week after three months.

Meanwhile, the eastern state of Jharkhand became the second state after West Bengal to extend the lockdown until July 31.

After originating in China last December, the novel virus has spread to 188 countries and territories.

More than 9.8 million people have been infected worldwide with the virus, over 494,000 killed and an upward of 4.94 million recovered, according Johns Hopkins University.

Turkey to open doors to 31 countries for health tourism