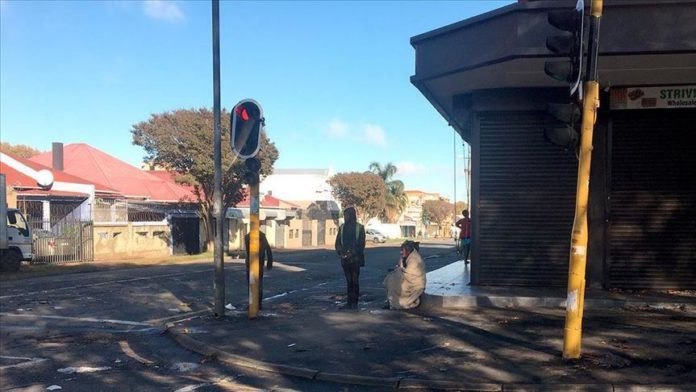 South Africa reported its highest single-day spike in coronavirus cases on Thursday night, as over 13,500 more infections took the country’s total past 238,000.

The minister said South Africa reached the milestone of 2 million tests after 56,170 more tests were conducted over the past 24 hours.

“I would like to pay special tribute to the men and women in the laboratory services who have made this possible – this is an enormous achievement that we can all be proud of as South Africans,” he said.

With the onset of winter, South African officials are expecting an increase in infections over the coming weeks, and have set up several field hospitals and isolation centers across the country.

The virus has claimed the lives of many prominent personalities in South Africa, the most recent being Queen Noloyiso Sandile of the AmaRharhabe royal family, who died earlier this week at the age of 56.

South Africa has the highest number of COVID-19 cases and fatalities in Africa, followed by Egypt and Nigeria.

The total number of infections across the continent is now over 541,000, with more than 12,400 deaths and almost 265,000 recoveries, according to the Africa Centres for Disease Control and Prevention.

Across the world, COVID-19 has claimed over 555,100 lives in 188 countries and regions since emerging in China last December.

Over 12.27 million cases have been reported worldwide, with the US, Brazil, India, and Russia currently the worst-hit countries, according to figures compiled by the US’ Johns Hopkins University.

The data shows more than half of all patients worldwide – over 6.75 million – have recovered so far.

Coronavirus cases in Africa near 860,000

October 6, 2020
We use cookies to ensure that we give you the best experience on our website. If you continue to use this site we will assume that you are happy with it.Ok