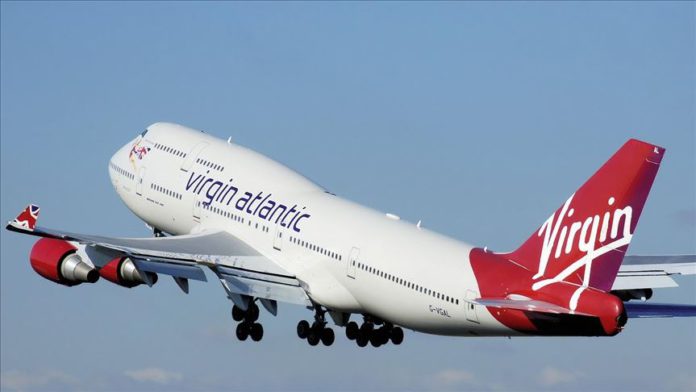 British airline carrier Virgin Atlantic announced on Tuesday that it would cut 3,150 jobs in the UK.

The airline employs around 10,000 people, meaning that it will slash nearly a third of its workforce. It will also end its operations at Gatwick airport north of its headquarters in Crawley, UK.

Air carriers the world over have struggled amid the coronavirus pandemic as air travel has ground to a halt.

Virgin Atlantic said it would also reduce the size of its fleet from 43 aircraft to 36 by summer 2022. The airline said it aimed to restore 60% of pre-coronavirus flying capacity by the end of the year.

Virgin said the move aimed to “reshape and resize” the business to ensure it is “fit for the future,” in response to the impact of the COVID -19 pandemic on the global economy, the UK and the travel and aviation industry.

Chief executive Shai Weiss said: “We have weathered many storms since our first flight 36 years ago, but none has been as devastating as COVID-19 and the associated loss of life and livelihood for so many.

“However, to safeguard our future and emerge a sustainably profitable business, now is the time for further action to reduce our costs, preserve cash and to protect as many jobs as possible. It is crucial that we return to profitability in 2021.”

Brian Sutton, the head British Airline Pilots Association (BALPA), said the layoffs would be “another terrible blow” for the air travel industry and were “evidence of the dire situation facing UK aviation.”

“Our members and all staff in Virgin Atlantic will be shocked by the scale of this bombshell. We will be challenging Virgin very hard to justify this,” Sutton added.

Virgin Atlantic is owned by billionaire Richard Branson’s Virgin Group. Branson has been vocal for the need of a government loan worth hundreds of millions of pounds.

The demand caused a stir in local media as Branson is one of the country’s most high-profile billionaires.

The job cuts came a week after British Airways announced that it would axe 12,000 jobs.

International Airlines Group (IAG), British Airways’ parent company, said it would make over a quarter of the airline’s workers redundant as the majority of its fleet remains grounded due to the global pandemic. British Airways employs 45,000 people.

IAG’s statement said: “In light of the impact of COVID-19 on current operations and the expectation that the recovery of passenger demand to 2019 levels will take several years, British Airways is formally notifying its trade unions about a proposed restructuring and redundancy programme.”

The program will likely “affect most of British Airways’ employees and may result in the redundancy of up to 12,000 of them,” it added.

More than 3.6 million cases have been reported worldwide, with the death toll exceeding 252,000 and more than 1.1 million recoveries, according to data compiled by Johns Hopkins University in the US.

August 5, 2020
We use cookies to ensure that we give you the best experience on our website. If you continue to use this site we will assume that you are happy with it.Ok