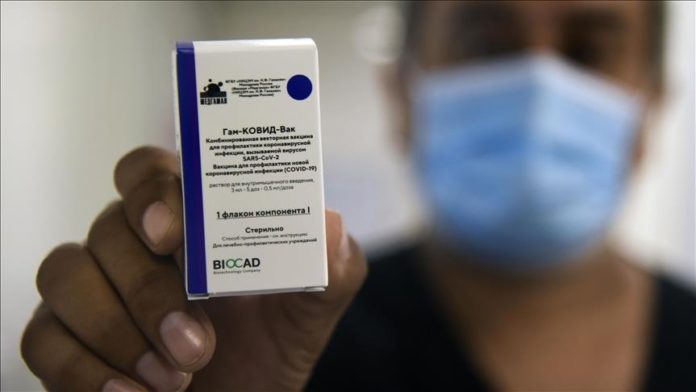 When a coronavirus vaccination scandal was uncovered Feb. 19 in Argentina, it was believed that those vaccinated irregularly were close to then-Minister of Health Gines Gonzalez.

But it was also known that those close to the government of Alberto Fernández also received the vaccine ahead of their turn in line.

Among the 70 names that appear on a list released by new Health Minister Carla Vizzotti of those who received vaccinations early are former President Eduardo Duhalde, his wife and two children; Economy Minister Martín Guzman; Foreign Relations Minister Felipe Sola; Argentine Representative to the International Monetary Fund Sergio Chodos; General Secretary of the Presidency Julio Vitobello and the Ambassador to Brazil Daniel Scioli.

According to the La Tercera newspaper, “at the time of receiving the dose, most of these people did not meet the requirements set by the government itself in the vaccination plan, which is slow due to a shortage of inoculants: being professionals or workers of health and over 60 years. And if they were due by age, they are reproached for not having registered in the shift system like the rest of the citizens.”

The scandal came to light last Friday when journalist Horacio Verbitsky said in a radio interview that he managed to get the vaccine after going to his friend, former Health Minister Gonzalez García, with whom he has a friendship “long before he was a minister.”​​​​​​​

“I decided to get vaccinated. I started to figure out where to do it. I called my old friend Gines Gonzalez Garcí,” said Verbitsky. “He told me that I had to go to the Posadas Hospital. When I was about to go, I received a message from Gines’ secretary who told me that a team of vaccinators from Posadas was going to come to the ministry and go there to give me the vaccine.”

Fernández asked Gonzalez García for his resignation hours after the comments were made public.

The scandal was called the “VIP Vaccine list” because at that time it was known that at least 10 officials and friends were vaccinated irregularly thanks to instructions given from the Health Ministry.

It was known Tuesday that although the vaccination was carried out irregularly, the government established that on Friday it will apply the second dose to beneficiaries to avoid lawsuits against the state, since the first injections were administered by official staff.

This scandal is reminiscent of Peru’s “Vacunagate” where 487 people were vaccinated for the coronavirus in an irregular and “secret” way with doses of the Sinopharm jab that was authorized only for investigative purposes in clinical trials.

Among those who received doses in 2020 were then-Peruvian President Martín Vizcarra, his wife and his brother.

For being vaccinated before the rest of the nation and violating a vaccination plan, the ministers of health and foreign relations submitted their resignations and could be sentenced to eight years in prison.

Ecuador is another South American country facing complaints of corruption in its handling of vaccines.

The nation’s vaccination plan began Jan. 21 when the first doses of Pfizer-BioNTech vaccine arrived, and in less than one week an unknown number of vaccines was applied in an exclusive private condominium for the elderly in Quito, which was not part of the official list of nursing homes where the jab was supposed to arrive with priority.

Minister of Health Juan Carlos Zevallos later admitted that several of his relatives live at the facility and benefited from the vaccination.

This situation led several congressmen to ask to initiate a political trial against Zevallos and that the Ombudsman’s Office and medical associations demand his resignation.

In Colombia, vaccination began Feb. 17 and six days later the Office of the Comptroller General of the Republic issued a statement that reported the loss of 15 doses of vaccines destined to inoculate first-line health personnel in the fight against the virus. The agency assured “it determined several actions to establish what happened with the vaccines that were not applied and do not appear.”

And in Mexico there is secrecy surrounding how vaccines are being applied, with the government arguing that it is a “strategic matter of national security by the National Security Council,” therefore details are not known about the five stages announced by President Andres Manuel Lopez Obrador’s vaccination plan.

*Daniela Mendoza contributed to this story