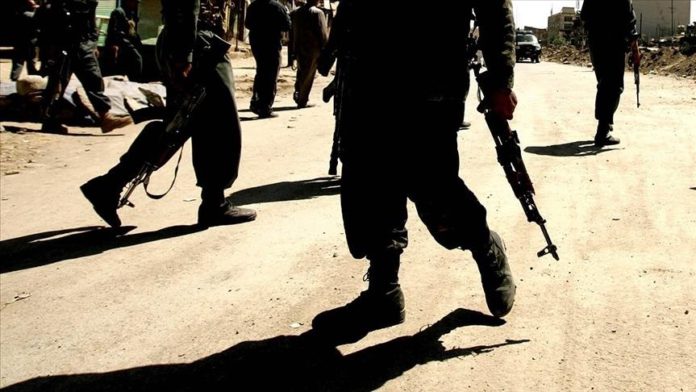 As violence picked momentum following a brief pause for the three-day Muslim festival of Eid al-Adha, or the Feast of the Sacrifice, the Taliban said they captured Ghazni Abad district in Kunar.

Prior to this, Kunar was the only province left apart from Kabul, where the advancing Taliban had not captured any district since mounting nationwide assaults following US President Joe Biden’s announcement of a troop withdrawal plan in May.

The Afghan forces on the other hand announced taking back control from the Taliban of the Karkh district in western Herat province next to Iran.

Jilani Farhad, spokesman for the governor of Herat, told Anadolu Agency that a comprehensive operation was lunched in Karkh following a visit to the province of the top security officials. According to him, security forces killed 15 Taliban and wounded 20 others in the clashes.

This came as the negotiators of the intra-Afghan peace talks briefly met again in the Qatari capital Doha on Thursday, which the Taliban and the Kabul government confirmed.

Last week, the latest round of rejuvenated intra-Afghan negotiations failed to deliver a breakthrough with the Afghan government and the Taliban on Sunday only vowing via a joint statement to continue and expedite high level peace talks in Doha.

The joint statement issued after two days of talks late on Sunday said the two sides also pledged to safeguard civilians, infrastructure and services delivery in the war-ravaged country.

“They (both sides) realize the need of an agreement that can address the interests and demands of all women and men of Afghanistan in light of the Islamic principles. They (both sides) are determined to stay engaged in negotiations at high level to reach such an agreement, and for reaching this aim continue such meetings,” said the joint statement.

Minutes after the joint statement, the Taliban spokesman Mohammed Naeem categorically rejected any agreement on a cease-fire or release of prisoners.

Sources in the Afghan government’s peace delegation told Anadolu Agency that the Taliban had floated the idea of an extended cease-fire provided up to 7,000 more of their captives are freed by the Afghan government. They, sources said, also want their leaders to be removed from the UN sanctions list.