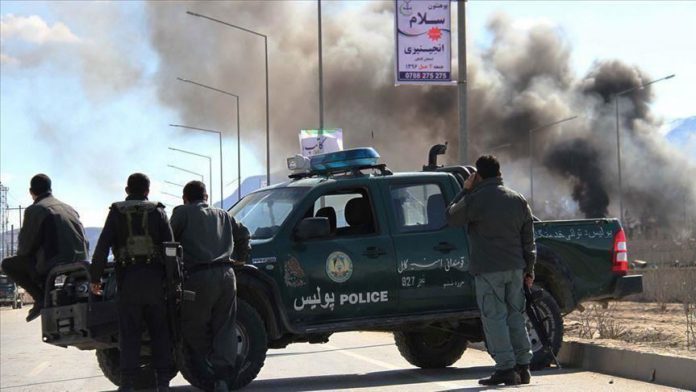 Despite a landmark peace deal between the US and Taliban in February, violence has persisted in war-torn Afghanistan, dashing hopeful expectations.

According to data compiled by Anadolu Agency, some 2,800 armed and bomb attacks by Taliban militias have killed at least 240 security forces and wounded more than 300 others in Afghanistan since the peace treaty was signed.

Taliban members have carried out 50 attacks per day on average since the deal was inked.

While before the deal the Taliban made official statements about almost all of its attacks, since the treaty it has not released such statements.

A total of 789 civilians have died and been wounded in Taliban attacks since Feb. 29, according to the National Security Council of Afghanistan.

Apart from roadside bombs, clashes between the Taliban and security forces also have caused civilian fatalities.

The Taliban deny their role in civilian deaths, claiming they were caused by Afghan and US airstrikes.

On the other side, 2,737 Taliban militias have been killed or wounded in retaliatory attacks by Afghan security forces, according to the National Security Council.

Among those killed were some Taliban leaders as well.

A total of 61 security forces and 34 civilians died while 62 civilians were wounded in attacks by the Taliban over the last week.

In retaliation, security forces killed 309 militants, and 210 others were wounded.

On April 20, the Taliban targeted a military station in Tahar, a northeastern province, killing 17 security force members. The attack was called the bloodiest attack of the week.

Another Taliban attack on April 24 killed 13 village guards in the northwestern Badghis province.

Prisoner swap between Taliban, US

The Agreement for Bringing Peace to Afghanistan was signed between the US and Taliban on Feb. 29 in a ceremony in Doha, Qatar that hosted negotiations between the two parties.

The statement said there will be a prisoner swap between the two parties.

The exchange was supposed to happen on March 10, the date set for the start of intra-Afghan peace talks, but political disagreements in Kabul resulted in postponing the process.

A three-member Taliban team visited Kabul on April 1 for the prisoner exchange.

So far, 550 Taliban members in Afghan prisons and 60 hostages held by the Taliban have been released.